Many years ago, the magical Kingdom of Avalon was left desolate and encased in ice when the evil Snow Queen waged war on the powerful country. Its former citizens are now refugees in a world mostly devoid of magic. Which is why the crown prince and his protectors are stuck in … Arizona.

Prince Alexei, the sole survivor of the Avalon royal family, is in hiding in a town so boring, magic doesn’t even work there. Few know his secret identity, but his friend Tala is one of them. Tala doesn’t mind — she has secrets of her own. Namely, that she’s a spellbreaker, someone who negates magic.

Then hope for their abandoned homeland reignites when a famous creature of legend, and Avalon’s most powerful weapon, the Firebird, appears for the first time in decades. Alex and Tala unite with a ragtag group of new friends to journey back to Avalon for a showdown that will change the world as they know it.

END_OF_DOCUMENT_TOKEN_TO_BE_REPLACED

The year is 1926, and Shanghai hums to the tune of debauchery.

A blood feud between two gangs runs the streets red, leaving the city helpless in the grip of chaos. At the heart of it all is eighteen-year-old Juliette Cai, a former flapper who has returned to assume her role as the proud heir of the Scarlet Gang — a network of criminals far above the law. Their only rivals in power are the White Flowers, who have fought the Scarlets for generations. And behind every move is their heir, Roma Montagov, Juliette’s first love … and first betrayal.

But when gangsters on both sides show signs of instability culminating in clawing their own throats out, the people start to whisper. Of a contagion, a madness. Of a monster in the shadows. As the deaths stack up, Juliette and Roma must set their guns — and grudges — aside and work together, for if they can’t stop this mayhem, then there will be no city left for either to rule.

END_OF_DOCUMENT_TOKEN_TO_BE_REPLACED

In a city covered in ice and ruin, a group of magicians face off in a daring game of magical feats to find the next headliner of the Conquering Circus, only to find themselves under the threat of an unseen danger striking behind the scenes.

As each act becomes more and more risky and the number of missing magicians piles up, three are forced to reckon with their secrets before the darkness comes for them next.

The Star: Kallia, a powerful showgirl out to prove she’s the best no matter the cost

The Master: Jack, the enigmatic keeper of the club, and more than one lie told

The Magician: Demarco, the brooding judge with a dark past he can no longer hide

Where Dreams Descend is the startling and romantic first book in Janella Angeles’ debut Kingdom of Cards fantasy duology where magic is both celebrated and feared, and no heart is left unscathed.

END_OF_DOCUMENT_TOKEN_TO_BE_REPLACED 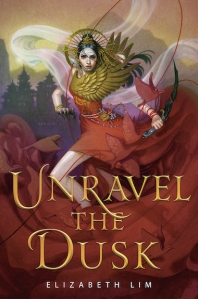 The thrilling sequel to SPIN THE DAWN, a magical series steeped in Chinese culture.

Maia Tamarin’s journey to sew the dresses of the sun, the moon and the stars has taken a grievous toll. She returns to a kingdom on the brink of war. The boy she loves is gone, and she is forced to don the dress of the sun and assume the place of the emperor’s bride-to-be to keep the peace.

But the war raging around Maia is nothing compared to the battle within. Ever since she was touched by the demon Bandur, she has been changing . . . glancing in the mirror to see her own eyes glowing red, losing control of her magic, her body, her mind. It’s only a matter of time before Maia loses herself completely, but she will stop at nothing to find Edan, protect her family, and bring lasting peace to her country.

YA fantasy readers will love the sizzling forbidden romance, mystery, and intrigue of UNRAVEL THE DUSK.

END_OF_DOCUMENT_TOKEN_TO_BE_REPLACED

Lingua Magika is Kat’s latest series, a fast-paced Western steampunk fantasy with a dash of romance and adventure! A Feast of Phantoms is Book #1, with at least two more to follow.

It was supposed to be simple.

Help Marshal Sebastian Hardin escort his prisoner one stop on the railway to Charter Oak.

But when that prisoner is a savant who talks to ghosts, even the simplest plans have a way of falling apart.

Sheriff’s Deputy Ruth Cortez always does the right thing. Lucky Boy is a company town, dependent on the rich and powerful Carnarvon family. Besides which, the charismatic Sebastian Hardin isn’t an easy man to say no to. When his transport derails in the middle of the prairie, Ruth begins a relentless manhunt that leads straight into the dark heart of the Carnarvon empire.

Lee Merriweather favors sharp suits and fast trains – especially when he’s stealing them. At the ripe old age of 18, he’s managed to become the most wanted criminal in three territories. Lee can’t resist playing cat and mouse with a small-town deputy, but what starts as a game becomes deadly serious.

Sebastian Hardin is the Carnarvons’ right hand, loyal to the death and willing to keep any secret to protect the family. They want Lee alive, but with the young savant’s disturbing abilities it won’t be an easy proposition. Whoever catches Lee gets the keys to the kingdom and the Carnarvons aren’t the only ones hunting him down. Sebastian has enough problems without falling for Deputy Cortez – but you can’t always choose who you love.

They terrorized the settlers until Calindra Carnarvon learned to speak their language. Her empire relies on controlling their telekinetic powers, but Lee Merriweather could destroy it all. And not even Lee suspects the shocking truth of the phantoms’ real nature.

END_OF_DOCUMENT_TOKEN_TO_BE_REPLACED

When Ollie meets his dream guy, Will, over summer break, he thinks he’s found his Happily Ever After. But once summer’s ended, Will stops texting him back, and Ollie finds himself one prince short of a fairytale ending. To complicate the fairytale further, a family emergency sees Ollie uprooted and enrolled at a new school across the country — Will’s school — where Ollie finds that the sweet, affectionate and comfortably queer guy he knew from summer isn’t the same one attending Collinswood High. This Will is a class clown, closeted — and, to be honest, a bit of a jerk.

Ollie has no intention of pining after a guy who clearly isn’t ready for a relationship. But as Will starts ‘coincidentally’ popping up in every area of Ollie’s life, from music class to the lunch table, Ollie finds his resolve weakening.

The last time he gave Will his heart, Will handed it back to him trampled and battered. Ollie would have to be an idiot to trust him with it again.

END_OF_DOCUMENT_TOKEN_TO_BE_REPLACED

The girls at North Bay Academy are taking sides. It all started when Mike Parker’s girlfriend showed up with a bruise on her face. Or, more specifically, when she walked into the principal’s office and said Mike hit her. But the students have questions. Why did she go to the principal and not the police? Why did she stay so long if he was hurting her? Obviously, if it’s true, Mike should be expelled. But is it true?

Some girls want to rally for his expulsion — and some want to rally around Mike. The only thing that the entire student body can agree on? Someone is lying. And the truth has to come out.

END_OF_DOCUMENT_TOKEN_TO_BE_REPLACED 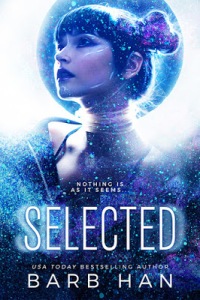 After a polarized nation was broken by the threat of civil war, States have now become countries. And in New Maine, things have gotten worse.

Giving my family a better life is everything. And my selection to attend an elite prep school suddenly offers my family a dramatically different life — food on the table, a roof over their heads, and a fighting chance at a future.

Everything is going great until some of my friends begin ghosting me, and then disappear. Soon it becomes clear this “chance of a lifetime” isn’t the Holy Grail I was promised. And the attention from one of Easton’s elite has me questioning why a boy with a golden future wants to risk it by being seen with me.

But when I find out why I’m really at this school, I may have to trust him if I want to live.