Is reviewer’s block a thing? Because I totally have it, as the metaphorical cherry on top of my reader’s block (aka a reading slump) + writer’s block sundae.

Still I refuse to accept defeat, so here’s to making another dent in the backlog.

The Love Hypothesis by Ali Hazelwood

As a third-year Ph.D. candidate, Olive Smith doesn’t believe in lasting romantic relationships — but her best friend does, and that’s what got her into this situation. Convincing Anh that Olive is dating and well on her way to a happily ever after was always going to take more than hand-wavy Jedi mind tricks: Scientists require proof. So, like any self-respecting biologist, Olive panics and kisses the first man she sees.

That man is none other than Adam Carlsen, a young hotshot professor — and well-known ass. Which is why Olive is positively floored when Stanford’s reigning lab tyrant agrees to keep her charade a secret and be her fake boyfriend. But when a big science conference goes haywire, putting Olive’s career on the Bunsen burner, Adam surprises her again with his unyielding support and even more unyielding … six-pack abs.

Suddenly their little experiment feels dangerously close to combustion. And Olive discovers that the only thing more complicated than a hypothesis on love is putting her own heart under the microscope.

Look, I’m not saying this book got me back into Reylo fanfic, especially since I wasn’t super into the fandom or ship to begin with … but this book got me back into Reylo fanfic. There’s something about the fanon dynamic between Rey and Kylo Ren/ Ben Solo, translated here into Olive Smith and Adam Carlsen, that really works for me despite its sometimes-problematic aspects. (No, you don’t have to be a reader of Reylo fanfic to enjoy this book, though if you are, you might spot some Easter eggs!)

But for the sake of brevity, I’m setting the whole fanfic vs. original fiction discussion aside to take The Love Hypothesis on its own merits. How far you’re willing to suspend disbelief is going to be a major factor in how much you enjoy this book, because it’s kind of ridiculous — and I mean that as a compliment. I was in the mood for a narrative that doesn’t take itself too seriously, featuring an interesting romance with a generous side of STEM feminism, and The Love Hypothesis delivered so well that I somehow read this in one sitting despite my ongoing reading slump.

Cryptid, noun: Any creature whose existence has not yet been proven by science. See also “Monster.”

Cryptozoologist, noun: Any person who thinks hunting for cryptids is a good idea. See also “idiot.”

The Price family has spent generations studying the monsters of the world, working to protect them from humanity — and humanity from them.

Enter Verity Price. Despite being trained from birth as a cryptozoologist, she’d rather dance a tango than tangle with a demon, and is spending a year in Manhattan while she pursues her career in professional ballroom dance. Sounds pretty simple, right?

It would be, if it weren’t for the talking mice, the telepathic mathematicians, the asbestos supermodels, and the trained monster-hunter sent by the Price family’s old enemies, the Covenant of St. George. When a Price girl meets a Covenant boy, high stakes, high heels, and a lot of collateral damage are almost guaranteed.

To complicate matters further, local cryptids are disappearing, strange lizard-men are appearing in the sewers, and someone’s spreading rumors about a dragon sleeping underneath the city …

In my quest to read as many Seanan McGuire/ Mira Grant books as I can get my hands on, I’ve finally come across a series I probably won’t be finishing. (Truthfully, it’s kind of a relief — my TBR is long enough without the 10+ InCryptid novels, and I’ve only just caught up on the October Daye series.)

While this has the same imaginative worldbuilding and charming humor that I love in McGuire’s other books, Verity just feels a bit too quirky and ~not like other girls~ (or the rest of her family); the main romance feels somewhat heteronormative. And I guess cryptids just fundamentally don’t interest me as much as faeries or killer mermaids or zombies. 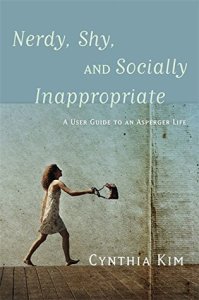 Cynthia Kim explores all the quirkyness of living with Asperger Syndrome (ASD) in this accessible, witty and honest guide looking from an insider perspective at some of the most challenging and intractable aspects of being autistic. Her own life presents many rich examples. From being labelled nerdy and shy as an undiagnosed child to redefining herself when diagnosed with Asperger Syndrome as an adult, she describes how her perspective shifted to understanding a previously confusing world and combines this with the results of extensive research to explore the ‘why’ of ASD traits. She explains how they impact on everything from self-care to holding down a job and offers typically practical and creative strategies to help manage them, including a section on the vestibular, sensory and social benefits of martial arts for people with autism.

Well known in the autism community and beyond for her popular blog, Musings of an Aspie, Cynthia Kim’s book is rich with personal anecdotes and useful advice. This intelligent insider guide will help adults with ASDs and their partners, family members, friends, and colleagues, but it also provides a fresh and witty window onto a different worldview.

This is a prime example of why I don’t read synopses before I start books: it would have completely put me off — I mean, “all the quirkyness of living with ASD”? Really? — and that would have been a shame. While I don’t believe in promoting any single narrative (or book) to represent an entire community, this is a good addition to my neurodivergent-literature collection.

I don’t talk much about my own autism diagnosis or how it affects my personal experiences, in large part because for the most part I’m managing the day-to-day well enough that I sometimes feel like I don’t belong in neurodivergent spaces. But I really saw myself in so many of Kim’s anecdotes and habits and reasoning. (Of course, there were others I didn’t relate to at all, because autism is such a wide, multifaceted spectrum.) Some of the suggestions are ones I’d previously encountered and even tried, with varying degrees of success; others have been welcome additions to my toolbox.

A few minor critiques: The balance between anecdotes and advice sometimes feels a bit off, particularly where they overlap and become overgeneralizations. The humor and the writing style in general don’t really work for me, though I think this is just a personal issue. And I’m not entirely sure whether the primary audience is fellow autistics or “their partners, family members, friends, and colleagues” based on the way discussions are framed — in some sections Kim seems to be acting as a self-appointed spokesperson for the community, and in others there’s more of a bonding-over-shared-experiences vibe.

Everyone who lives near the lake knows the stories about the world underneath it, an ethereal landscape rumored to be half-air, half-water. But Bastián Silvano and Lore Garcia are the only ones who’ve been there. Bastián grew up both above the lake and in the otherworldly space beneath it. Lore’s only seen the world under the lake once, but that one encounter changed their life and their fate.

Then the lines between air and water begin to blur. The world under the lake drifts above the surface. If Bastián and Lore don’t want it bringing their secrets to the surface with it, they have to stop it, and to do that, they have to work together. There’s just one problem: Bastián and Lore haven’t spoken in seven years, and working together means trusting each other with the very things they’re trying to hide.

McLemore is one of my “insta-borrow” authors, with each new book cementing their position on that list. Lakelore has all the hallmarks I’ve come to expect from their work: the complex but likeable characters, nuanced representation (in this case: ADHD, dyslexia, Mexican American, trans & nonbinary, plus a diverse supporting cast), wonderfully supportive friends and family, multiple POVs which are actually distinct, unique magical realism elements.

“Sometimes you can’t separate the hard things from the good things.” 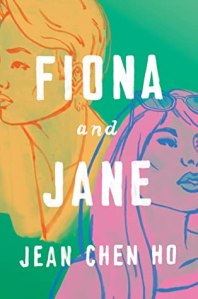 Best friends since second grade, Fiona Lin and Jane Shen explore the lonely highways and seedy bars of Los Angeles together through their teenage years, surviving unfulfilling romantic encounters, and carrying the scars of their families’ tumultuous pasts with them. Fiona was always destined to leave, her effortless beauty burnished by fierce ambition — qualities that Jane admired and feared in equal measure. When Fiona moves to New York and cares for a sick friend through a breakup with an opportunistic boyfriend, Jane remains in California and grieves her estranged father’s sudden death, in the process alienating an overzealous girlfriend. Strained by distance and unintended betrayals, the women float in and out of each other’s lives, their friendship both a beacon of home and a reminder of all they’ve lost.

In ten finely drawn stories, Jean Chen Ho’s debut collection peels back the layers of female friendship — the intensity, resentment, and boundless love — to probe the beating hearts of young women coming to terms with themselves, and each other, in light of the insecurities and shame that holds them back.

Spanning countries and selves, Fiona and Jane is an intimate portrait of a friendship, a deep dive into the universal perplexities of being young and alive, and a bracingly honest account of two Asian women who dare to stake a claim on joy in a changing, contemporary America.

I was intrigued but wary about the structure, because short story collections often fail to hold my interest — I like extended arcs where I get to know the characters and setting, even if the scenes are short and even disconnected. With Fiona and Jane, the execution was fine and interesting enough, but I have to admit I was disappointed by the superficiality of the titular relationship; it feels like you have to read between the stories to really get nuances and development. The ending was also disappointing, being somewhat cliched.

The Taiwanese-American rep also appealed to me, of course, and I liked that we have one protagonist who’s American Born Taiwanese and one who’s a Taiwanese immigrant to America. I definitely related to some of the cultural moments, though as always there is no single representative narrative. And anyway, I think this has universal applicability to the experience of growing up, particularly as a young woman, and finding your place in the world.

One thought on “Mini-Reviews, Volume 7”